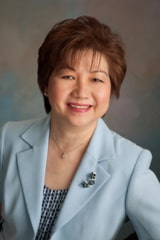 Nora has broad working experience in engineering for more than 26 years in the defense industry.  She is an employee of Northrop Grumman Corporation, Electronic Systems Sector for 16 years.  She started her career as an Associated Scientific Programmer and later became a technical lead/manager in Software Engineering and led engineering teams with various sizes to develop relational database applications and real-time software for several military programs.  In 2001 she moved into the Independent Research and Development (IRAD) Coordinator position, where she was responsible for managing $30M+ IRAD funds and coordinating/reporting the IRAD projects for her site. She became the manager of Supportability Engineering in 2002 and has been in that position since.  In addition to her functional management responsibility, she led the Capability Maturity Model Integration (CMMI®) initiative and obtained the accreditation of CMMI Maturity Level 3 rating for Systems and Software Engineering at her site in 2007.  Currently, she continues to support the CMMI initiative and prepare the site to pursue higher maturity level.

Nora is a Senior Life member of SWE.  She has held various SWE positions at local, regional and national levels.  Those positions include Director of Regions, Region H Governor, Section Vitality Task Force Chair, Region H Deputy Director, Leadership Coach, SWE-Chicago Regional Section’s President, Vice President and Treasurer.  She also works closely with and supports nearby SWE collegiate sections.  Six years ago, she initiated the creation of a corporate-wide Northrop Grumman Women Engineers group and served as the first chair.  She is pleased to see within her company an increase in SWE membership and participation at the SWE national conference.

Nora was a recipient of Women of Color in Technology Career Achieve Award in 2008.  She also received the Asian American Engineer of the Year Award in 2009.

In addition, she received numerous awards and recognitions from SWE local section and Region H:

Nora earned her B.S. degree in physics in Taiwan and M.S. degree in physics from the University of Alabama in Birmingham. She and her husband have two daughters.  She enjoys cooking and entertaining.  The Iron Chief and Law and Order-Criminal Intent are her favorite TV shows.  She has also served in the children’s ministry at her church for more than 15 years.