The Women’s Engineering Society, a professional organization for women engineers, scientists, and technologists in the United Kingdom, updated a report in 2018 on the state of women in engineering. They found that there has been a slight increase in the representation of women in the engineering workforce in the UK, from 9% in 2015 to 11% in 2017. Yet, the female representation in the UK engineering workforce is still among the lowest percentages in Europe. Research shows that the main reason for the low number of women in engineering is the subject choices that girls make in school, with very low numbers of girls choosing to take Engineering or Computing courses. A report published by EngineeringUK found that while girls are well-represented in General Certificate of Secondary Education (GCSE) courses (part of compulsory schooling), such as physics and mathematics, the percentages of female entrants are the lowest in A level physics and computing courses, where girls represented 22.2% and 11.8%, respectively, of entrants in 2018. Further, girls were also underrepresented among entrants in GCSE computing and engineering courses, where they comprised 20.2% and 10.5% of students taking these courses.

Percentage of Entrants for selected GCSE STEM subjects, by Gender, 2018

Percentage of Female Entrants in A level STEM courses, by subject, 2012-2018

EngineeringUK tested girls and boys in Years 8 (12-13 year olds) and 10 (14-15 year olds) to determine how well they understood physics material and how confident they were in their answers to physics questions. They found that though girls had a better conceptual understanding of physics, they were less likely to be confident in their answers. Students were also asked if they believed they were good at physics and if they thought that their teacher believed that they should continue to study physics after completing secondary education. Girls reported having a lower self-concept and lower teacher encouragement than boys. 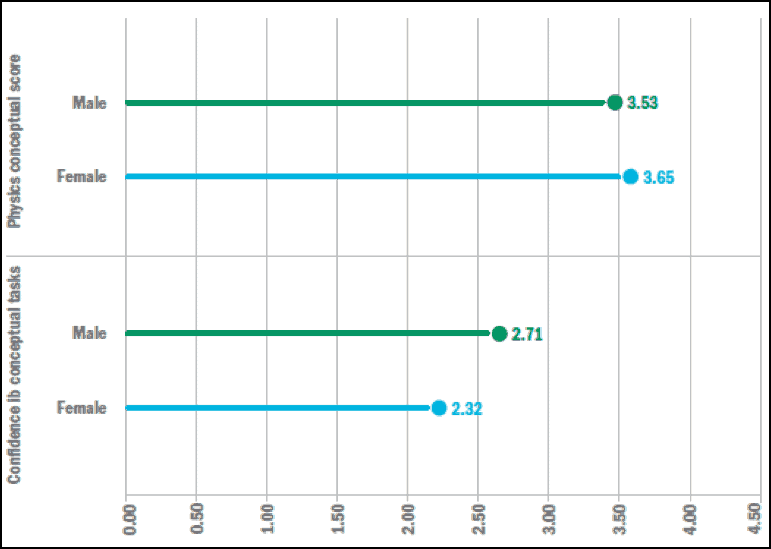 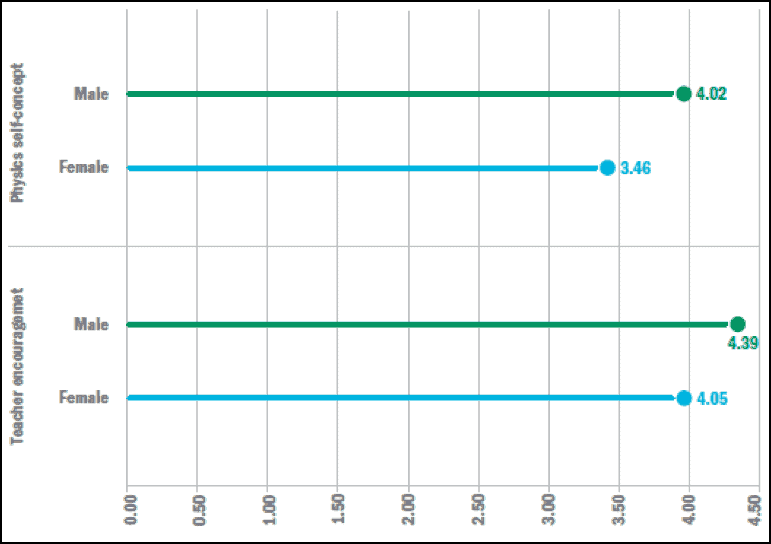