Minority-serving institutions, or MSIs, are an important part of higher education in the United States, graduating thousands of students who have historically been marginalized in our society. MSIs include Historically Black Colleges and Universities (HBCUs), Tribal Colleges and Universities (TCUs), and Hispanic-Serving Institutions (HSIs). MSIs are predominately located in the western, southern, and eastern areas of the United States.

The map below shows where MSIs awarding engineering bachelor’s degrees in 2019-20 are located. 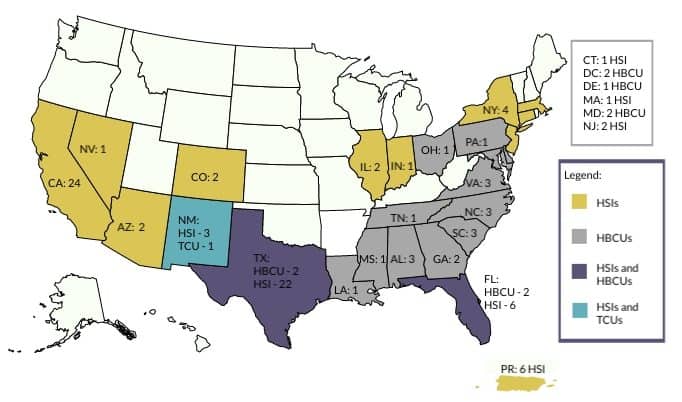 The Higher Education Act of 1965 defines an HBCU as any historically black college or university that was established before 1964 and whose principal mission is to educate Black Americans. This definition means that the number of HBCUs has not increased over time. HBCUs must be accredited or making progress towards accreditation. As of 2019,  there were 101 two-year and four-year HBCUs in the United States, the District of Columbia, and the Virgin Islands. Of these, 28 awarded bachelor’s degrees in engineering in the 2018-19 academic year.

TCUs are formally controlled or chartered by the governing body of a Native American tribe. Navajo Technical University is currently the only TCU that awards bachelor’s degrees in engineering, while others encourage their students to transfer to various four-year colleges to complete their degrees.

HSIs are accredited colleges and universities with 25% or more total undergraduate Hispanic full-time equivalent students enrolled. Until 2020, changing demographics in the U.S. have led to more institutions identifying as HSIs every year. However, due in part to enrollment declines, institutional closings, and consolidations during the COVID-19 pandemic, the number of HSIs has decreased for the first time in 20 years. As of 2020, there were 559 two-year and four-year HSIs in the United States and Puerto Rico. Of these, 77 awarded bachelor’s degrees in engineering in the 2019-20 academic year.

The following table lists all of the MSIs that awarded at least one engineering bachelor’s degree in the 2019-20 academic year. Download the table here. 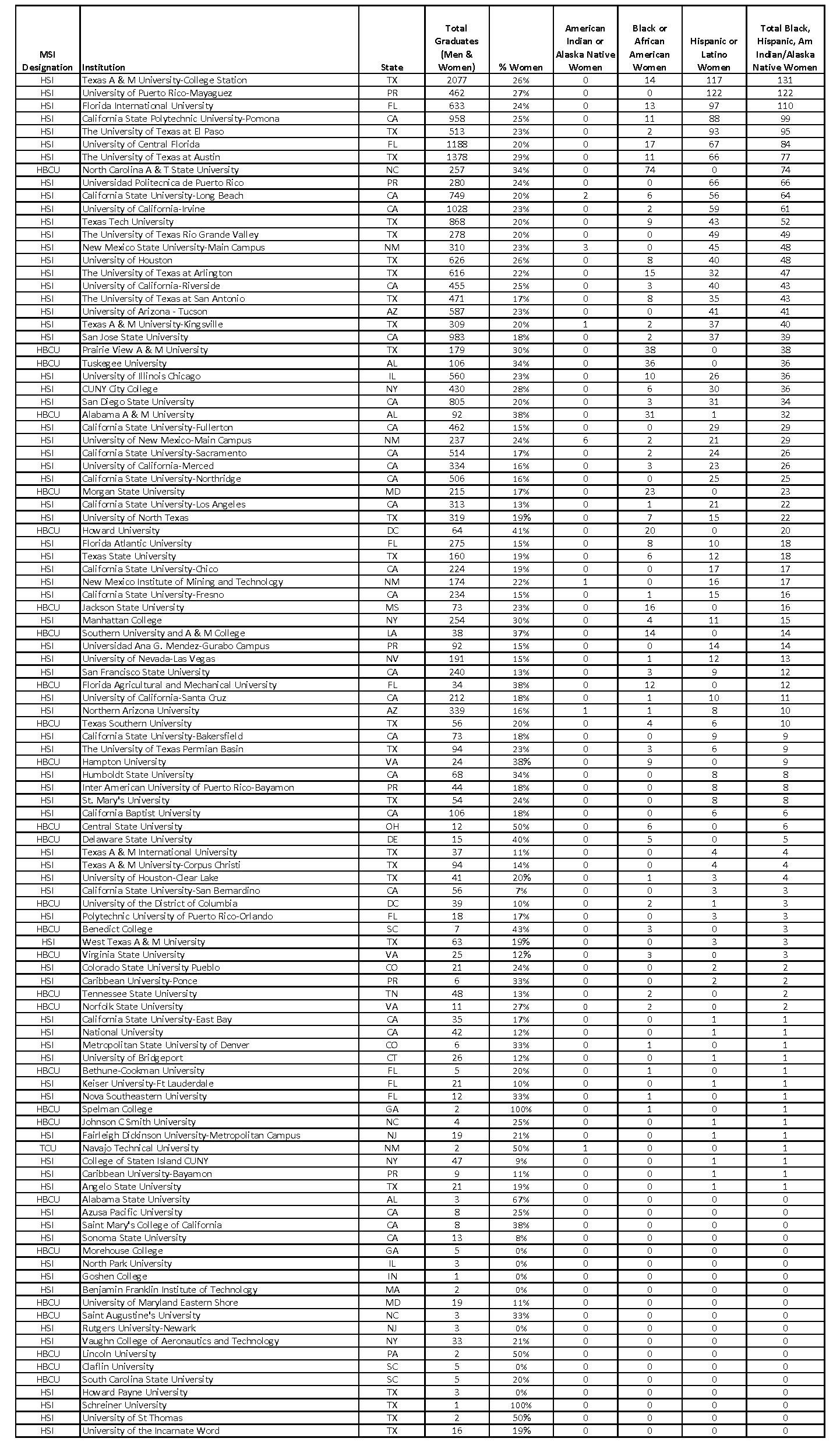