Note: The GCSE is the General Certificate of Secondary Education, a recognized qualification in the United Kingdom among students in secondary education and is part of compulsory schooling in the UK. This is a necessary qualification before students can take the General Certificate of Education (GCE) Advanced Level or A-level courses. These A-level STEM courses are prerequisites for students to pursue STEM fields at the university level. 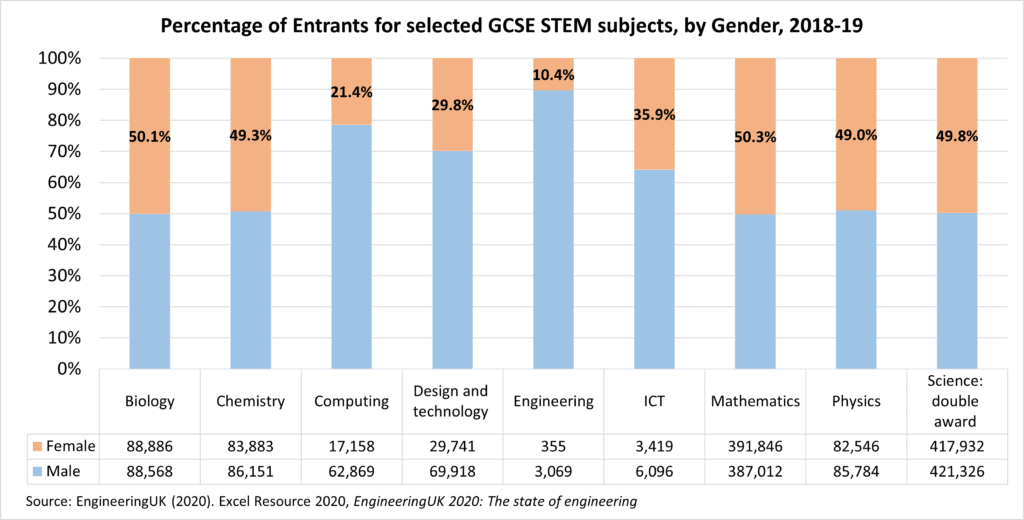 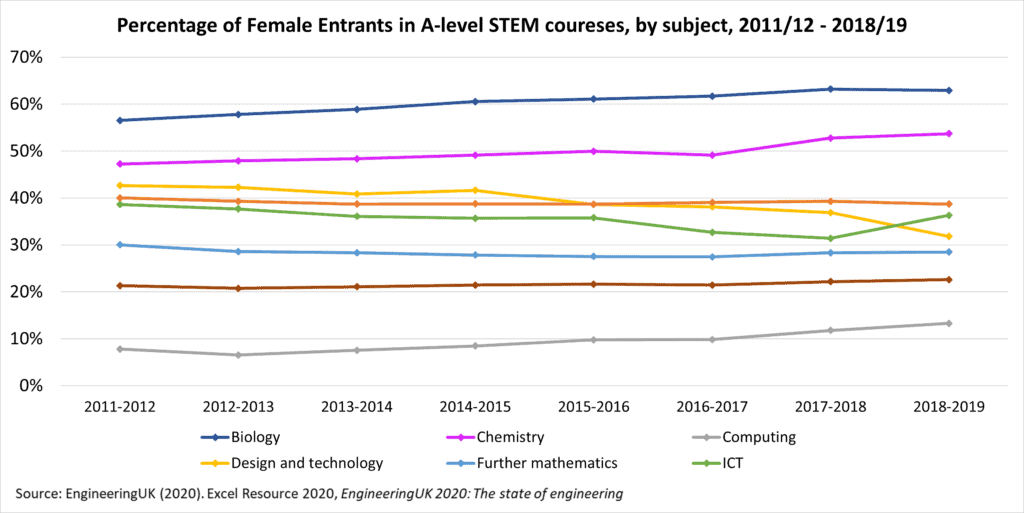 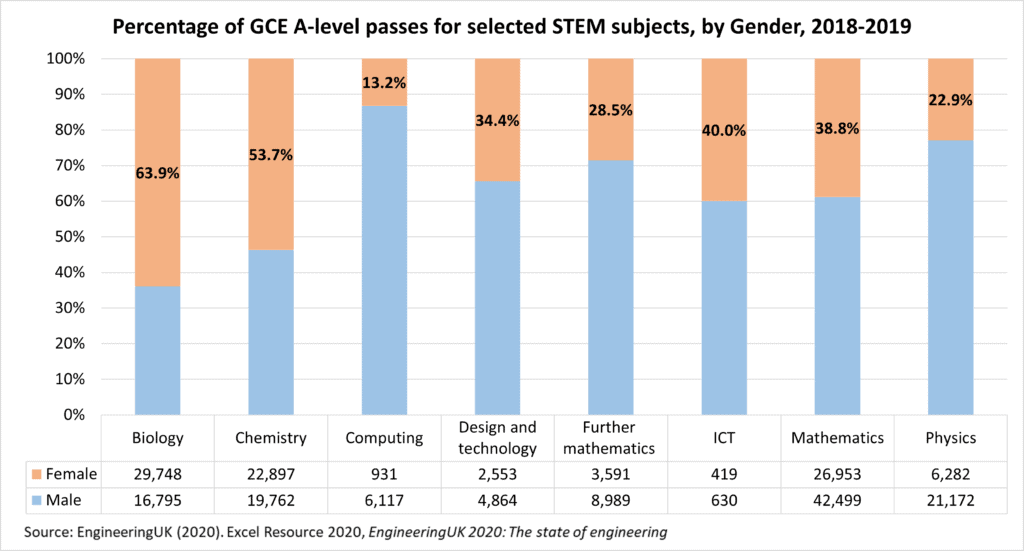 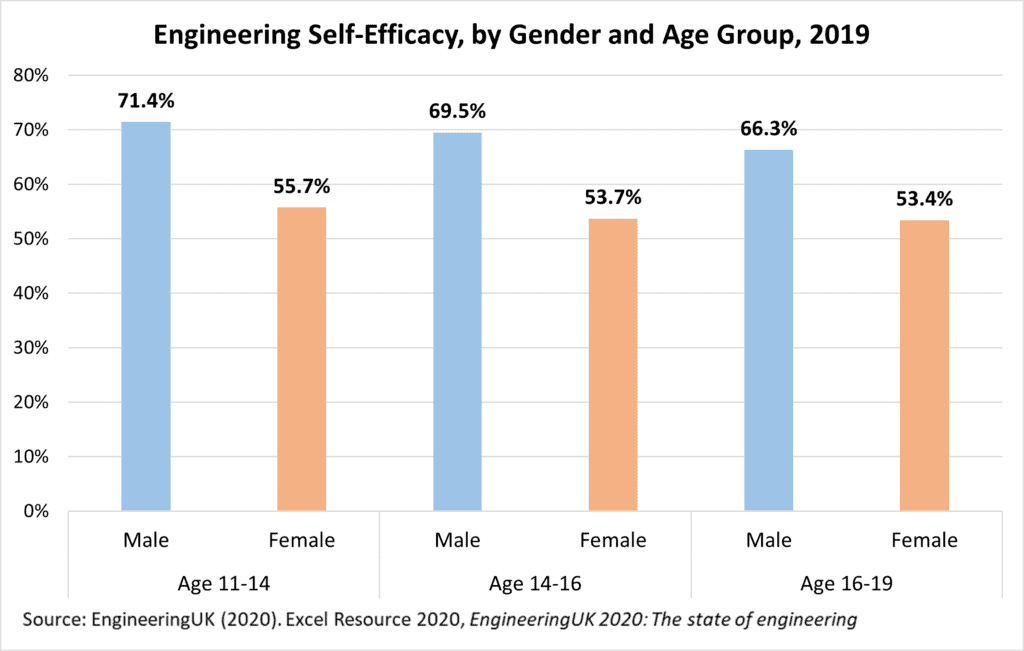 PISA 2018 Results and Science Career Expectations: In the most recent OECD’s Programme for International Student Assessment (PISA) assessment conducted in 2018, 15-year-old students from the UK participated. In both mathematics and science, UK students’ average scores were higher than the average scores of students belonging to OECD countries. The average score of UK boys was higher compared to the mean score of UK girls for both the mathematics and science portions of the PISA.