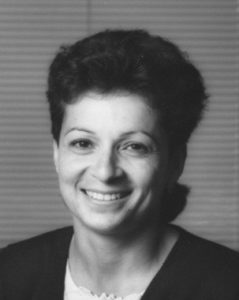 Jill received a B.S. in Applied Mathematics (minor in Electrical Engineering) in 1976 from the University of Virginia, School of Engineering and Applied Science (Tau Beta Pi, Virginia Alpha). She went on to obtain an MBA in 1979 from the University of North Carolina – Charlotte. Tietjen is a registered professional engineer in Colorado.  Jill and her husband David live in Centennial, Colorado.

Career Jill S. Tietjen, P.E., is currently the President and CEO of Technically Speaking, Inc., and provides consulting services in the areas of generation and transmission planning and fuels to the electric utility industry. She serves as an expert witness before public utility commissions and other government agencies. Her technical papers have been published in Public Utilities Fortnightly and Transmission and Distribution. She has co-authored several Institute of Electrical and Electronics Engineers (IEEE) papers. Tietjen regularly speaks on women in engineering, and leadership topics. Her best-selling and award-winning book, Her Story: A Timeline of the Women Who Changed America, was published in 2008 in hardback, and in 2013 in paperback and ebook formats. Her introduction to engineering textbook, Keys to Engineering Success, was published in 2001. She has written articles for and been profiled in SWE Magazine, Graduating Engineer, U.S. Woman Engineer, Woman Engineer, and Engineering Horizons.  She is active in nominating women for national awards including the National Women’s Hall of Fame and the National Medal of Technology and Innovation.

SWE Jill has had a long career in SWE. She served on numerous SWE Committees local and nationally, local section officer and eventually as the 1991-1992 National President of the Society of Women Engineers.  Jill is a Life member of SWE, was selected as a SWE Fellow in 1994 and received the SWE Distinguished Service Award in 2002.

Other affiliations Jill has received many honors such as the Horizon Award (2003); the 2001 Woman in Technology Award from the Women’s Foundation of Colorado, Subaru, and News4; and Tau Beta Pi’s Distinguished Alumna Award (2004). She was inducted into the Colorado Women’s Hall of Fame in 2010. Tietjen serves on a number of non-profit boards and was previously Chair of the Board of Girl Scouts – Mile Hi Council. She is a member of the Board of Directors for the Georgia Transmission Corporation (Tucker, Georgia) and Merrick & Company (Greenwood Village, Colorado). She is a Senior Member of the IEEE Power and Energy Society.

Scholarship Jill endowed this scholarship in 2004 by using the Pledge Process paying increments over a five-year period.