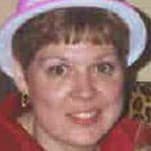 Susan was the only SWE member to die in the September 11 tragedy at the World Trade Center. Susan was a life-long New Yorker, a graduate of Bishop Kearney High School and Polytechnic University in Brooklyn, NY.  She resided in the Bay Ridge section of Brooklyn. She had only been working on the 64th floor in the World Trade Center for about 6 months.  She was really proud and excited when she landed the position working as a contract engineer for the Port Authority of New York and New Jersey. She was really enjoying the work and the people. When the first plane hit, Susan called her mother Carole to reassure her.  The “accident” happened in the other tower and she was not concerned all was ok in her tower.  However, she never made it out after the second plane American Airlines Flight 11 punctured their building upstairs, across floors 94 to 98.

Susan was the backbone and leader of the New York Section for many years.  She was an active, reliable grass-roots volunteer. SWE had recently hosted a Regional Conference in New York City and Susan Miszkowicz was the Conference Chair.  The theme was “Gearing Up for the New Millennium:  Business & Leadership Skills for a Diverse Workforce.”  She had served as Vice President of the New York Section, and rose to the position of President before SWE lost her at the age of 38 in the attacks on the World Trade Center.

Susan was active in several other organizations such as American Society of Mechanical Engineers (ASME).  She served SWE and ASME in many capacities, and was also an active volunteer with a number of other organizations, including the Whitney Museum of American Art in New York City and several animal rescue groups.

The scholarship endowment was funded in 2002 by the New York Section and friends in SWE. It honors all the victims.