Dr. Lonnie Lee Abernethy grew up in North Carolina and received a Bachelor of Ceramic Engineering in 1963 from North Carolina State University followed by an M.Sc. and Ph.D. from Ohio State University. When he was a graduate student at Ohio State he met his first wife Margaret who was studying for a Master’s degree in ceramic engineering.  After graduation they moved to the Chicago area where he worked at Argonne National Laboratory as a materials engineer.  He was working for Texas Instruments in Dallas in 1963 when he interviewed for the position of Dean of the School of Mines and Engineering at Texas Western University (now UTEP – University of Texas – El Paso).

In 1984 Dr. Abernethy retired as Dean of the College of Engineering and Professor Emeritus at UTEP became a Professor Emeritus of Metallurgical and Materials Engineering.  Dr. Lonnie Abernethy has honored significant people in his life in a unique and generous way – establishing scholarship endowments at five different colleges and universities around the country

One of these is in the College of Engineering at New Mexico State University in memory of his son Charles who was a student here from 1978 to 1983. Abernethy recalls that he and Charles shared many wonderful hiking experiences. Their favorite dog Napoleon often joined them on the trail. Charles lived on campus during his student years at NMSU, participated in the Co-op program while studying electrical engineering, was a member of the amateur radio club and sang in the glee club. Cancer took Charles’ life in 1996 at the age of 36, a year after his mother

Abernethy has remarried (Maria Elena) and acquired a new family and he still devotes a lot of time to his favorite hobby: online investing. He shares his success by funding the scholarship endowments he and Margaret had long discussed. He has endowments at Alfred University (where Margaret obtained her first degree), Trinity University in San Antonio, UTEP (established in Margaret’s memory following her death from cancer in 1995) and Colorado School of Mines as well as NMSU.

Abernethy, a longtime friend of NMSU’s civil engineering program, had been trying to find an appropriate way to honor the memory of his older son who died in an accident at age 12. One night while watching a television program about the WWII Navajo code talkers, he thought that a scholarship to support Native American students might be the perfect answer.

That put him in contact with Peter Iverson, regent’s professor of history at Arizona State University, whose area of interest is “American Indian, North America, Western U.S.”

An exchange of e-mails between the two men resulted in Iverson pointing out New Mexico State’s outstanding American Indian Program for students. Abernethy already knew about the caliber of the civil engineering program so plans moved forward quickly after that. 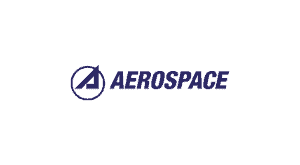