The SWENext High School Leadership Academy (SHLA)  is an engaging virtual year-round program that builds self-confidence and resilience among high school students interested in engineering and technology degrees and provides them with multiple opportunities to network with peers, mentors, role models, and industry professionals.

Training and development are provided in five essential tracks, including:

The program consists of three leadership summits that take place throughout the year in addition to quarterly networking events.

See below for the full schedule of events and to learn about our featured speakers!

Here’s what past participants have said of their SHLA experience!

“Being able to connect with people, old and young outside my country, ethnicity and race was one of the most important and captivating things I gained from the program.“

“Participating in SHLA has given me more confidence in myself and given me self-motivation. Seeing all of these women working and achieving their goals in huge companies is inspiring!“

Criteria for Program Completion To complete the program, accepted students must complete the Takeaway Activity for at least ten (10) live or on-demand sessions. Students who complete the academy will receive:

SHLA registration is now open and will close on August 9th, 2021. In order to participate in the SHLA program, all participants are required to join SWENext. Join here for free. 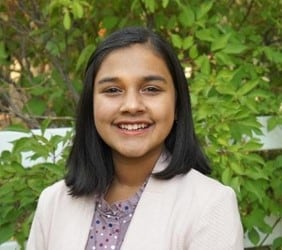 She was honored as Forbes “30 Under 30 in Science” in 2019 and TIME’s “Top Young Innovator” and “Kid of the Year” for her innovations and STEM workshops she conducts globally, which has inspired over thirty-eight thousand students in the last two years across four continents. In her sessions, she shares her own process of innovation that can be used by students all over the world. She is an experienced TED speaker and often presents in global and corporate forums on innovation and the importance of STEM.

Gitanjali has her new book “Young Innovator’s Guide to STEM”, which was released on March 16th which guides students, educators, or teachers with a prescribed 5 step innovation process. 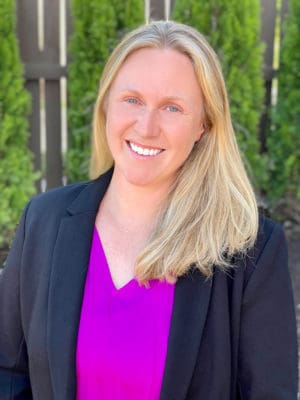 Jill Murfin (’05) is a proud Portland State University graduate with a passion for motivating others. Her 16-year engineering career has included roles in Engineering Management, Factory Operations, Product Engineering, and Technical Program Management at both Intel and Nike.

View on-demand session here. Prior to joining the mainstream maker movement, Tamara spent a decade in corporate engineering where she was pivotal in creating Women in Leadership mentorship programs.  During this time she noted a lack of women so, in 2015, she transitioned full-time to outreach in hopes of inspiring more young women to pursue S.T.E.M. careers.  It was during this time that she was given the opportunity to battle it out for a chance to join the Mythbusters legacy where her life as a tinkerer and collector of skills landed her as the only female finalist and 2 x MVP winner.  Since then has become one of the leading female science hosts and engineers on the Science Channel lending her talents to Scijinks with Johnny Galecki, Mythbusters 2.0 with Brian Louden and Jon Lung, and most recently on Mythbusters Jr. with Adam Savage.

SESSION 3 August 18: Radical Acceptance of Who You Are with Dina Scippa 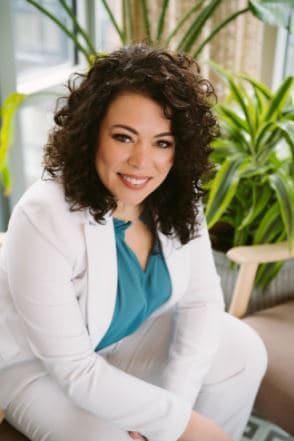 With nearly two decades of experience working in some of the most exciting and demanding environments around the world, Dina is able to bring practical real-world experience to her coaching, mentoring, and speaking.  It’s this fusion of the first-hand experience, personal anecdotes, and humor that enables her to connect so deeply with her audiences and create such inspiring and transformational talks.

Dina is a recognized expert and leader in the field of gender equality and women’s empowerment. She regularly mentors and coaches women and girls to step into their power, without compromising who they are or what they are looking to create in the world. Her goal is to help women and girls get in touch with what sets their souls on fire.

SESSION 4 August 19: Why Engineering is a Great Career Choice AND Ways to Be Successful with Mary Zeis, SWE Life Member, and SWENext Programming Leader 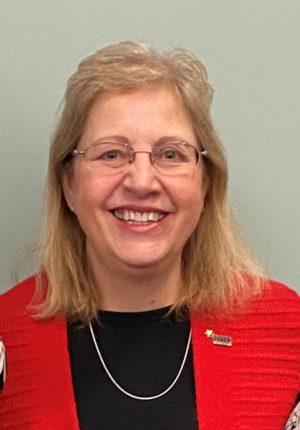 View on-demand session here. Mary T. Zeis has a B.S. in Chemical Engineer from the University of Pittsburgh. She worked for 31 years for Procter & Gamble in Research & Development on consumer brands such as Tide, Dawn, Crest, and Pampers. Now retired, Mary is a SWE volunteer leader in STEM Outreach.  It’s her way of “paying it forward” for all the opportunities and mentors she had through her college and working years.  Encouraging more girls to consider engineering as a career is truly an avocation for her.  Mary has personally participated in or led over 100 Outreach events.  She loves to talk with girls to help them match up to their passions and interests with types of engineering.

SESSION 6 November 29 @ 6:30 PM CST: From Broadway to The Pilot Seat: How To Take Center Stage with Deysi Melgar, Aviation Leader 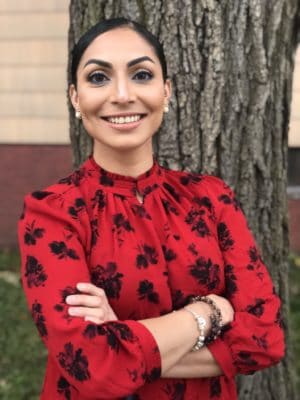 Deysi Melgar came to the U.S. from Mexico at age 7 and developed a love for math. She also loved acting, singing, and dancing, and chose to attend a high school for performing arts, where she was drawn to the technical side of the theater. Deysi never considered a career in STEM, until her work on the PBS Emmy® and Peabody Award-winning TV series Design Squad. Deysi is a graduate of Wheaton College (Norton, MA) with a BA in Physics. Deysi works at Denver International Airport managing various airline ground operations. Her passion for aviation has led Deysi to obtain her private pilot’s certificate, with the end goal of one day flying private aircraft. 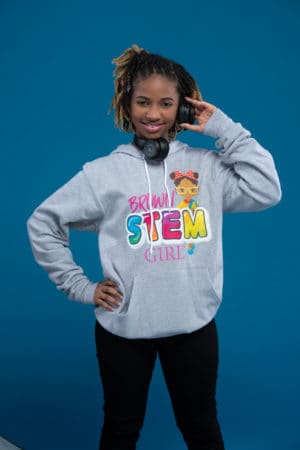 Alena has received international recognition through her features on NBC Nightly News with Lester Holt, Good Morning America, The Kelly and Ryan Show, Black Entertainment Television, and a host of news outlets throughout the world. In addition, she has also been honored by the Phoenix Mercury (WNBA) as part of their Believe in Women campaign. With a clear vision, Alena is on the path to knock down doors for other brown STEM girls, just like her! 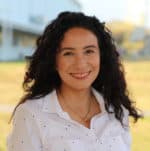 Dr. Jessica Marquez is a human systems engineer at NASA Ames Research Center. She leads a team of researchers, user interface designers, and software developers, who focus on developing the next generation of planning, scheduling, and execution tools for space exploration. 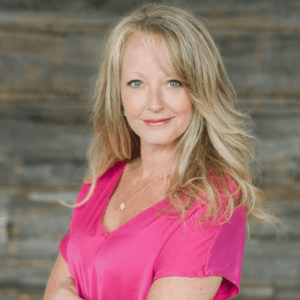 Tina Steele, The FAFSA Guru has 30 years of experience working in higher education with expertise in financial aid. She has her Master’s Degree in Higher Education and has worked at both the public and private college levels directly in the financial aid office. She also spent 10 years facilitating college planning and financial aid workshops across the state of Maine for a federally funded grant program. She delivers numerous workshops and presentations on the topic of financial aid for a variety of businesses, organizations, and educational institutions.

She founded The FAFSA Guru 5 years ago after seeing the gap between student and family needs when it came to financial aid assistance and the services that were available to assist them.

This session is supported by the generosity of Turner Construction 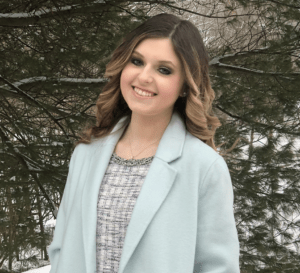 Emily Richard is a senior electrical engineering student at the University of Pittsburgh Swanson School of Engineering. Emily grew up just outside of Pittsburgh, PA in Robinson Township. Emily’s passion for engineering began in middle school after attending a summer STEM camp for girls at a local college campus. From there she went on to hone her interests and skills both in school and out. She competed in numerous high school competitions related to her STEAM interests. Most notably one of her team projects was chosen to be featured in the International Science and Engineering Fair (ISEF) with her participant year being the topic of the Disney+ movie Science Fair.

Additionally, as a high schooler, she founded a SWENext club and upon graduating valedictorian of her class became a proud SWENext Alumni. Once on Pitt’s campus, Emily quickly became an active member of PittSWE. She has held several collegiate SWE officer positions including historian, elementary outreach chair, Vice President of Outreach, and currently serves as PittSWE President. Emily likes to trace her successful collegiate SWE career to her origin as a SWENexter and often reflects on her time as a SWENexter to allow PittSWE’s new initiatives to be more effective to younger audiences. 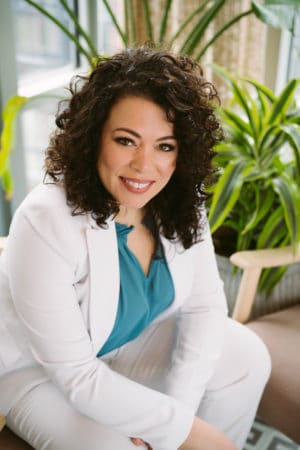 About Dina
With nearly two decades of experience working in some of the most exciting and demanding environments around the world, Dina is able to bring practical real-world experience to her coaching, mentoring, and speaking.  It’s this fusion of the first-hand experience, personal anecdotes, and humor that enables her to connect so deeply with her audiences and create such inspiring and transformational talks.

Dina is a recognized expert and leader in the field of gender equality and women’s empowerment. She regularly mentors and coaches women and girls to step into their power, without compromising who they are or what they are looking to create in the world. Her goal is to help women and girls get in touch with what sets their souls on fire.

This session is supported by the generosity of Turner Construction

The SHLA graduation ceremony is for students who successfully complete the program by completing at least ten (10) post event Takeaway Activity for live or on-demand sessions.

SWENext TV is on-demand content of our live learning web sessions based on SHLA’s key program tracks. All on-demand content will be hosted in the SHLA Google Classroom along with additional resources and materials for students.

Watch SWENext TV Episode 13 right now on checking your bias and how to promote a more inclusive community!

This project is based upon work partially supported by the generosity of the Motorola Solutions Foundation and General Motors.