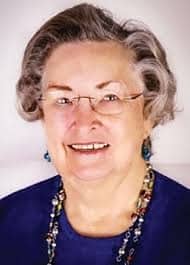 Susan Whatley was a role model for women combining family and career as well as for re-entry women seeking additional education and new career paths.  She worked at Oak Ridge National Laboratory and its various affiliates for 28 years, starting as a stenographer and retiring in 1988 as Program Manager of the Transportation Operations Program Support Office of the Department of Energy’s Office of Civilian and Radioactive Waste Management.

Susan grew up in Oak Ridge, TN, as one of Clyde and Ruby Craven’s ten children.  At 17, she married her high school sweetheart and first husband, Troy Keith.  They had two daughters.  Susan worked at Oak Ridge National Laboratory as a secretary for nearly 20 years.  Following her husband’s death in 1969, Susan continued working and began taking classes towards an engineering degree in 1971.

Susan remarried to Marvin Whately, and they established a blended family with seven children.  Through a combination of part-time work and later a leave of absence, Susan continued her studies and earned a BS in engineering science and mechanics from The University of Tennessee in 1976 and an MS in 1979.  In 1976, she received the H.L Weisberg Award, given to the top engineering student in the department of engineering science and mechanics.  During this period, she attended college at the same time as five of her children.

SWE Susan joined SWE in 1976 to meet other women engineers and to encourage future generations of engineers.  She served the Smoky Mountain Section as president and section representative.  At the Society level, Susan was Chair of the Statistics and Student Affairs Committee, Director for Student Affairs, Second Vice President, and SWE President.  In 1983, she was named a SWE Distinguished New Engineering, receiving the award at the same annual conference in which she was installed as Second Vice President.  Susan served as SWE President from 1985 to 1986, leading the organization through a challenging time of restructuring. In 1992, she became a SWE Fellow.

Other Affiliations Susan was a member of the American Nuclear Society and the American Institute of Chemical Engineers as well as Tau Beta Pi, Phi Kappa Phi, and Alpha Lambda Delta honor societies.  She also worked at the local library, volunteered at a health clinic, and further developed her abilities as a skilled craftsperson.  She particularly enjoyed quilting, as well as basket weaving and knitting.  She traveled across the United States as a National Quilting Association judge and qualified to judge master-piece quilts in 2008— an accomplishment in which she took great pride.